Just thinking something is not going to make it happen. Mind AND body, mental AND physical, need to be engaged for transformation to occur and this phenomenon is called embodied cognition.

Fire Power Seminars has been harnessing the power of mind and body for empowerment and breakthrough events since the inception of our business, and recently realized that “embodied cognition” is the fancy name for something we have been doing naturally to create lasting change. 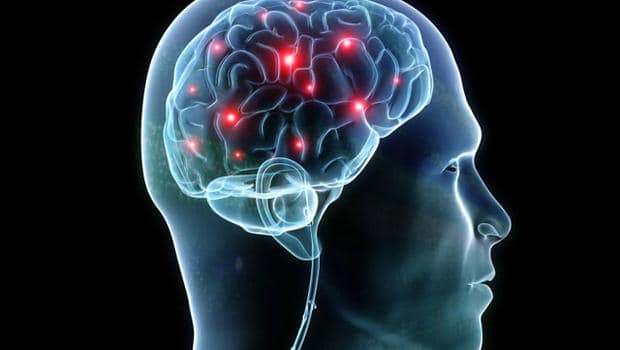 Embodied cognition as a concept has only been around since the early 20th century and was influenced by philosophers like Martin Heidegger, Maurice Merleau-Ponty and John Dewey. Empirical study of embodied cognition is even more recent, but growing thanks to University of California at Berkeley professor George Lakoff. Embodied metaphors in language are actually what fueled the later research on embodied cognition. Dr. Lakoff paired with Dr. Mark Johnson to write the book, Metaphors We Live By, in 1979.

Metaphors We Live By was a game changer. Not only did it illustrate how prevalent metaphors are in everyday language, it also suggested that a lot of the major tenets of western thought, including the idea that reason is conscious and passionless and that language is separate from the body aside from the organs of speech and hearing, were incorrect. In brief, it demonstrated that “our ordinary conceptual system, in terms of which we both think and act, is fundamentally metaphorical in nature.” Scientific American

Basically, the foundation of metaphorical language as connected to the body led to the concept of embodied cognition and that ideas are shaped by the body. An example of the impact on metaphorical language on motor function was demonstrated by Miles, Lind & Macrae (2010) showed that thinking about the future made you sway forwards and thinking about the past made you sway backwards; they suggest this sway is caused by the underlying metaphor of ‘past is behind us’ and ‘the future is ahead of us’. Continued research is leading to new paradigms on the influence of mind and body!

How this all impacts what we do at Fire Power Seminars is through our progressive team building and personal transformation! As we shape our positive intentions and connect those “thoughts” with the physicality of positive action, we are setting the space for amazing breakthroughs. We embrace the radical concept of embodied cognition, that our brain is only one of the powerful resources available to us as we are looking to effect behavior. Solutions are not just the brain giving a command that the body follows, but they are each part of larger systems that include perception, environmental influence, and action.

Here’s how it works and why it matters: Traditional theories in psychology place all the responsibility for generating our behavior in the brain. But the brain, while quite important, is not our only resource to help us generate behaviors. Actually, our behaviors come from the real-time interaction between our nervous systems and the rich environments around us. If you don’t have the experience in your body, it is challenging to execute what you know intellectually. The brain and body engage very differently. If your body doesn’t know it, neither do you. Your body has a mind of its own, and you can tap into the power of having a conscious mind inside of a feeling body.*

Case in point: Picture yourself breaking a board (physical) on which you’ve emotionally (mental) written your obstacle or a limiting belief. Your hand symbolically breaks that frustrating belief in half. Aha! You feel empowered and fired up! Success.

Simply, the reason we incorporate physical activities with robust sensations, such as board breaking, blindfolded trust walks, firewalking, interactive communication workshops, “building bikes, empowering children”, and a wide range of other experiential empowering activities, is because they deliver results. The mind and body are engaged. It works.

Over the years, we’ve seen countless people experience transformations through their work with us. Whether it’s something as simple as finally learning how to communicate effectively with their colleagues or as life-changing as busting through a limiting belief that held them back for years, incredible things always happen in our workshops, seminars and retreats.

One story that comes to mind is the time we spent with a group of student athletes. Among the group was a 15-year-old girl who was a student at Harvard. Yes, you read that right: she was studying at Harvard University when most students are still transitioning from middle school to high school. Needless to say, this young woman was brilliant. As her teammates broke their boards one by one, she sat in the back of the room with tears streaming down her face. We instantly knew something was happening on a deeper level.

During the board breaking activity, we had the student athletes write out a challenge they were dealing with on one side of the board, so that when they broke it, they would have the sensation that they literally busted through that challenge.

Would you believe that when this Harvard-educated teenage genius approached us, red-faced and teary-eyed, her challenge was that she didn’t think she was smart? She had also written that she wasn’t worth other people’s time.

We were shocked, and so were her teammates! How could this vibrant, intelligent, accomplished young woman not see what was so obvious to the rest of us? Needless to say, we set her up and she broke through her board successfully in a moment that was teary and transformative for all of us.

Truly, stories like this one are not unusual in our line of work. The sweat, the tears, and the growing pains we have experienced as a company are all worth it because we see individuals having incredible breakthroughs day in and day out because embodied cognition’s link is powerful.

In short, Fire Power Seminars’ programs allow participants and teams to mentally and physically embrace who they are and where they’re at, as they recognize what needs to be done to be successful.

Wow! Who knew embodied cognition was so powerful?

Are you ready for a shift? What you know in your head doesn’t matter if your body isn’t on board. So kudos on customer buzzwords and product benefits – but if conversion is still dicey, then engaging the mind is not enough to break down barriers and create lasting change…until now… that’s where we come in. We facilitate programs and activities that engage the mind and body. Contact us to explore powerful, interactive experiential embodied cognition activities that break through unproductive patterns and disempowering beliefs for your team! Click here to connect with us today!